Rotary International indicates that twin clubs, or sister clubs, are two clubs from different countries that form a long-term relationship to promote international understanding and goodwill and carry out service projects in their communities.
When looking for a partner Club, Rotary International invites to consider clubs that:
- Share similar interests, challenges, or history
- You’ve worked with in the past
- Are located in a place that matches your club’s service interests
- Speak a common language.
To formally recognize the twinning relationship, the “Twin Club Twinning - Certificate of Recognition” document (downloadable from myrotary.org) must be signed in the name of the Club Presidents.
Considering that the management of twin Rotary Clubs is the responsibility of the Inter-Country Committees (as reported in the Rotary Code of Policies, downloadable document at the bottom of the page "Rotary Inter-Country Committees - Who we are" of this website), for the establishment of a new twinning between Rotary Clubs, the following is suggested:
a) the Certificate of Recognition must be signed by the Presidents of the two Clubs during a Signing Ceremony, which - by consolidated practice - should include the participation of the Governors of the Rotary Districts to which the respective Clubs belong;
b) the Chairs of the respective National Sections of the Inter-Country Committees (ICC) should also be invited to the Signing Ceremony of the Certificate of Recognition;
c) finally, it is a good practice that the two ICC National Coordinators of the countries to which the twin clubs belong are also informed of the event. 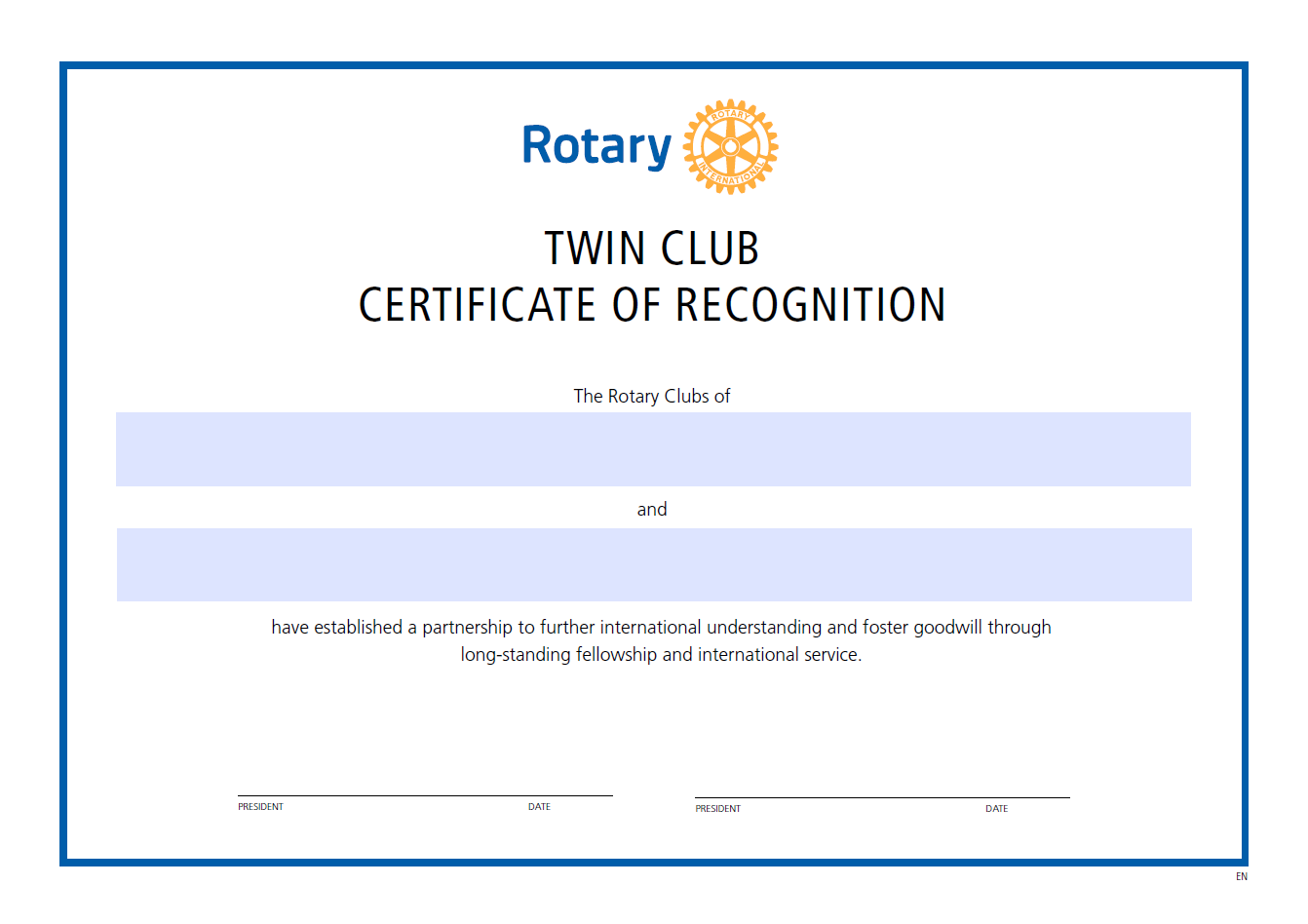